An Atypical Path to a Career in Science 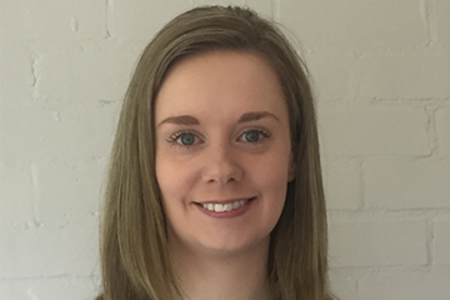 An Atypical Path to a Career in Science

I have always been very passionate about science. I especially love animals and helping people. Growing up, I wanted to be a scientist working to help people with cancer. I think it is critical to recognise the real people who we are helping – they are more than just patients who have cancer. The route to my aspiration was not going to be as straightforward as I thought.

One day almost 11 years ago – I was 18 – I went to my first morning class at Richard Hale School in Hertford. It was English literature – one of my favorite subjects after biology. It was going to be our A Level exams the following week, and I had a place at Swansea University, the year after, where I was planning to study Biology. During that class, I was supposed to be reading aloud from a book for the revision class. But I realized I couldn’t speak at all.

I was lucky that I was not alone at the time. My teacher and my peers recognised the signs of a stroke (FAST – Facial weakness, Arm weakness, Speech problems and Time to call 999). I went to the hospital straight away.

At the hospital, the doctors confirmed that I had a stroke. I had a patent foramen ovale (PFO – a hole in the heart that failed to close after birth), which had caused my stroke. I couldn’t swallow, walk, write, read or talk. I was in the hospital and rehab for 5 months. I have aphasia, which is difficulty with communication and is usually caused by damage to the left side of the brain. I have regained some of my speech, reading and writing with years of practicing. I’m very grateful for my amazing NHS speech therapists. In 2013 when I finished my speech therapy, I found the best thing to do was just go out on my own and talk to strangers to overcome the anxiety I felt and to gain confidence in my recovered speech.

After I had my stroke, I could not complete my A level exams. But I completed my coursework and my AS levels (the first year of The A level course), the Universities and Colleges Admissions Service granted my A levels (advanced level qualifications in the UK) in a variety of subjects. I got an A in Media Study, and Bs in Biology, English Literature and Geography.

The hardest part of launching my career in science was overcoming other’s perceptions. It is not always recognised that although aphasia causes difficulties in communication, there are no learning difficulties. I’ve been working so hard! I want to learn as much as I can, and I think that shows.

I remained dedicated to pursuing a career in science. I started out at GSK, located in Stevenage in the UK, where I shadowed scientists and worked in different departments every week for a month. I then worked as a Science Technician at Richard Hale School for 2 years, setting up equipment and practical work at the secondary school. Following this position, I became a General Laboratory Technician at Sodexo. I worked there for almost 3 years making buffers, medium and agar plates for scientists at GSK.

Now I am a Vector Manufacturing Specialist II in the Upstream Team at Adaptimmune. The Manufacturing Team is working at Catapult, CGT Manufacturing Centre in Stevenage, UK. We manufacture our product in a GMP clean room. My role requires expanding of T-cells in flasks, a wave bioreactor and a stirred-tank bioreactors, transfection, induction and harvest. Then, the Downstream Team purify the product. I was part of a team that worked on the development batches, and I’m very excited to say we are running our second GMP batch at the moment! Through perseverance, I have achieved the goal I set out for myself as a young woman—I am a scientist working to help people with cancer.

It’s important for people to understand what aphasia means and that there is a rise in number of young people having strokes. I have done some media work (news, radio, magazines and newspaper stories) to raise awareness around stroke and aphasia. I created an aphasia support group, as people with aphasia often feel depressed, lonely and isolated. I also have a YouTube channel (https://www.youtube.com/user/SymphUK/), where I post a video every year on my stroke anniversary (13th May).