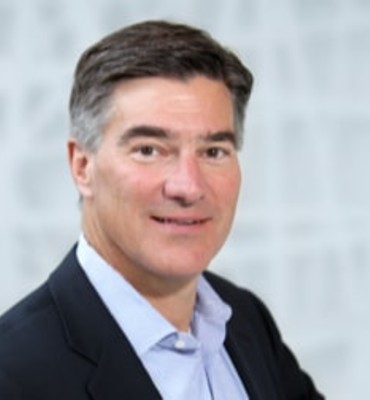 David Mott has served as our Chairman since January 2017 and as a Non-Executive Director since February 2015. He formerly served as a Non-Executive Director of Adaptimmune Limited since September 2014, initially in a capacity as a nominee of New Enterprise Associates 14 LP (NEA), one of our shareholders. Mr. Mott formerly served as a General Partner of NEA, an investment firm focused on venture capital and growth equity investments, from September 2008 to February 2020, and led its healthcare investing practice. 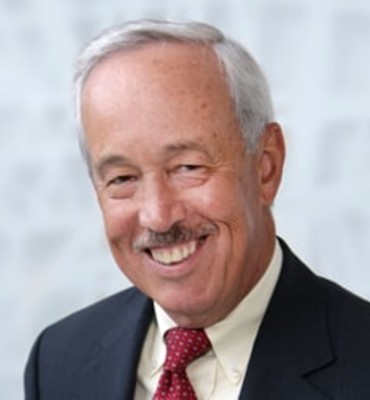 Lawrence (Larry) Alleva has served as a Non‑Executive Director since March 2015. Mr. Alleva is a former partner with PricewaterhouseCoopers LLP (PwC), where he worked for 39 years from 1971 until his retirement in June 2010, including 28 years’ service as a partner.

Mr. Alleva worked with numerous pharmaceutical and biotechnology companies as clients and, additionally, served PwC in a variety of office, regional and national practice leadership roles, most recently as the U.S. Ethics and Compliance Leader for the firm’s Assurance Practice from 2006 until 2010. 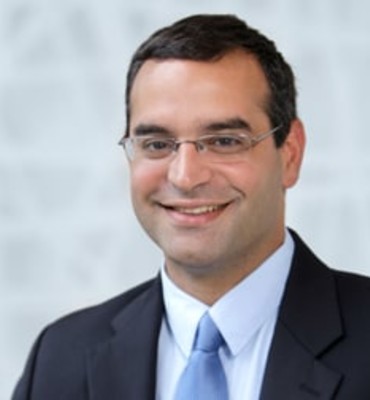 Dr. Behbahani has been a General Partner on the healthcare team at NEA since 2018, having worked for the fund since 2007, specializing in investments in the biopharmaceutical, medical device, specialty pharmaceutical and healthcare services sectors. He is currently a board member of public companies Black Diamond Therapeutics, Inc (NASDAQ: BDTX), CRISPR Therapeutics AG (NASDAQ: CRSP), Genocea (NASDAQ: GNCA), and Oyster Point Pharma, Inc (NASDAQ: OYST) and formerly served as a director of Nevro Corp (NYSE: NVRO). He also serves as a director for several private companies, including Arcellx, Inc, Korro Bio, Inc. and Nkarta, Inc. He has previously worked as a consultant in business development at The Medicines Company and held positions as a Venture Associate at Morgan Stanley Venture Partners from 2000 to 2002 and as a Healthcare Investment Banking Analyst at Lehman Brothers from 1998 to 2000. 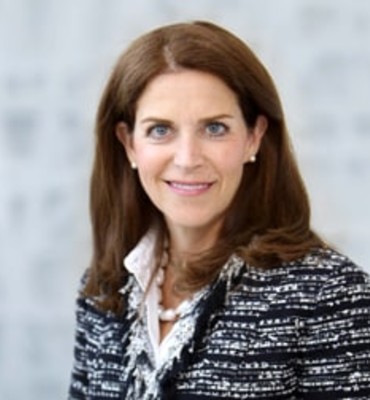 Barbara Duncan has served as a Non-Executive Director since June 2016. She has over 16 years of experience in the life sciences industry and served as Chief Financial Officer and Treasurer at Intercept Pharmaceuticals, Inc. (Nasdaq: ICPT) from May 2009 through June 2016, and as Chief Financial Officer and then Chief Executive Officer at DOV Pharmaceuticals, Inc. from 2001 to 2009. 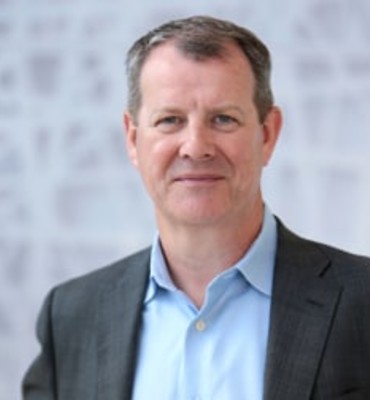 John Furey has served as a Non-Executive Director since July 2018. He has over 30 years of experience of developing and implementing operational strategies and leading commercial and technical teams.

Mr. Furey has served as the Chief Executive Officer of Imvax, Inc since September 2019. He also serves as an independent board member of Sensorion (Euronext Growth: ALSEN). Prior to joining Imvax, Mr. Furey served as Chief Operating Officer at Spark Therapeutics, Inc from December 1, 2016 through December 31, 2018, where he was responsible for global commercial operations, medical affairs, technology development and technical operations.

Prior to joining Spark Therapeutics, Mr. Furey was senior vice president and head of global operations for Baxalta, where he directed manufacturing, quality, engineering, and process development. He actively managed a $2.5 billion production budget across Baxalta’s global network and led a first-in-class supply chain organization for rare diseases. Mr. Furey led the team that coordinated and delivered the successful establishment of Baxalta through a spin out from Baxter and led the Baxter Vaccine inline business to realize significant top line and bottom line growth. He also spent two years in China as general manager of Pfizer’s vaccine business unit following a role with responsibility for global pricing and reimbursement at Pfizer Vaccines. In these roles, Mr. Furey gained extensive experience in pipeline development and global product launches. Earlier in his career, he held both commercial and operations positions of increasing scope and responsibility with Pfizer and Wyeth Pharmaceuticals.

Mr. Furey has an executive M.B.A. from St. Joseph’s University, Philadelphia, a B.S. degree from Trinity College, Dublin, and a diploma in Environmental Health from the Dublin Institute of Technology. 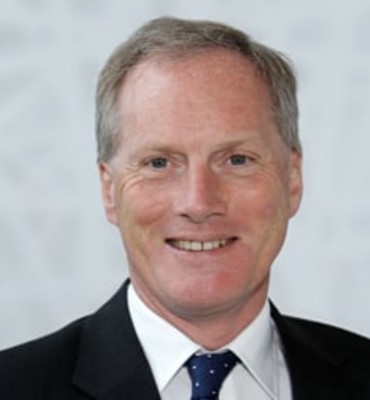 Mr. Noble qualified as a chartered accountant with Price Waterhouse and spent seven years at the investment bank Kleinwort Benson Limited, where he became a director in 1990. He then joined British Biotech plc as Chief Financial Officer from 1990 to 1997. Mr. Noble was previously Chief Executive Officer of Avidex Limited, a privately held biotechnology company that was our predecessor, from 2000 to 2006. Mr. Noble holds an M.A. degree from the University of Oxford. 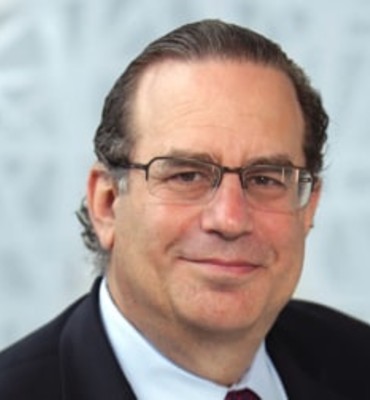 Dr. Elliott Sigal has served as a Non-Executive Director since February 2015 and formerly served as a Non-Executive Director of Adaptimmune Limited since September 2014. Dr. Sigal is a former Executive Vice President and member of the Board of Directors of Bristol-Myers Squibb (BMS). He joined BMS in 1997 as head of Applied Genomics, went on to head Discovery Research followed by clinical development and ultimately served as Chief Scientific Officer and President of R&D from 2004 until 2013.

Dr. Sigal serves as a board member for Surface Oncology, Inc (NASDAQ: SURF), Vir Biotechnology, Inc (NASDAQ: VIR) and the Melanoma Research Alliance, and previously served as a director of Spark Therapeutics (NASDAQ: ONCE) and as a director of the Mead Johnson Nutrition Company. He also serves as a senior advisor to the healthcare team of NEA and consults for several biotechnology companies.

Dr. Tal Zaks has served as a Non-Executive Director since November 2016. He has substantial research, development and commercialization experience gained from service in industry and academia. Dr. Zaks previously served as the Chief Medical Officer of Moderna, Inc. (Nasdaq: MRNA) from March 2015 until July 2021, where he led the development and global authorization of Moderna’s COVID-19 vaccine, and served as a special advisor to the chief executive officer of the company through September 30, 2021. Dr. Zaks has served as a non-executive director of Teva Pharmaceuticals (NYSE: TEVA) since October 1, 2021.

Prior to his role with Moderna, Dr. Zaks served as Senior Vice President and Head of Global Oncology at Sanofi Inc, where he was responsible for all aspects of oncology drug discovery, development and commercialization.

Dr. Zaks began his industry career at GlaxoSmithKline in the genetics research group, where he built the oncology translational medicine team. In addition to his industry work, Dr. Zaks is an Adjunct Associate Professor of Medicine at the University of Pennsylvania and has served as a volunteer physician at the Philadelphia Veterans Administration Medical Center, treating patients with genitourinary cancers.

Dr. Zaks received his M.D. and Ph.D. degrees from the Ben Gurion University in Israel and conducted post-doctoral research at the U.S. National Institutes of Health. He completed his clinical training in internal medicine at Temple University Hospital followed by a fellowship in medical oncology at the University of Pennsylvania. 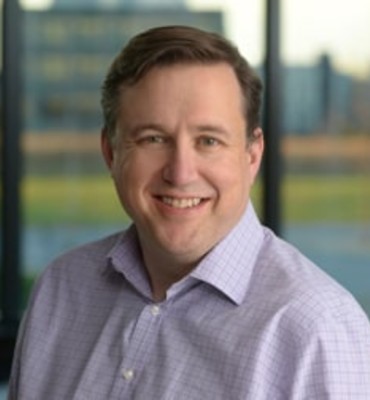 Mr. Rawcliffe has over 20 years of experience within the biopharmaceutical industry and most recently served as Senior Vice President, Finance of GSK’s North American Pharmaceuticals business. He joined GSK in 1998 and his other senior roles at the company included Senior Vice President Worldwide Business Development and R&D Finance, where he was responsible for all business development and finance activities for GSK’s Pharmaceuticals R&D business and Managing Partner and President of SR One Ltd, GSK’s venture‑capital business. Mr. Rawcliffe currently serves as a non‑executive director of WAVE Life Sciences (NASDAQ: WVE).

Mr. Rawcliffe qualified as a chartered accountant with PwC and holds a B.Sc. degree in Natural Sciences from the University of Durham, UK.