What’s It Like to Be a Woman in Science? 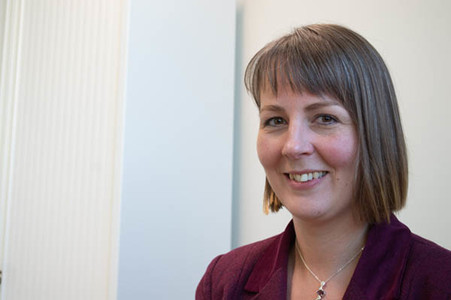 What’s It Like to Be a Woman in Science?

What kind of a question is that?  Well, I am female, and I am a scientist, so clearly I should know, but it’s not a topic that I have spent ages thinking about.  Mostly, that’s because I’m lucky enough not to have had a rough ride because of my gender and I have never seen it as a barrier to my career.  When I do think about it however, it is easy to see the burgeoning change in attitude to women in science (for the better) that has accelerated in recent years – and there are plenty of role models to look up to these days.

I chose to go into science because I was good at it when I was at school.  I never had my life planned out, but I thought sticking with something I was good at was a decent place to start.  I had teachers who made science interesting and also instilled the belief that girls could do anything that boys could do.  My chemistry teacher was eccentric to say the least, but she gave me the love of science through messing around with explosions, smells and colour changes.  She once set fire to the school willow tree with an oversized demonstration of spontaneous combustion with aluminium and iodine. With this teacher, my class also caused the evacuation of one wing of the school when we made putrescine and cadaverine (the smell of vomit and rotting corpses) at ten times the scale of the other classes.  However, she made it fun, allowed us to experiment outside of the protocol just to see what would happen, and fostered a strong curiosity and wonder about how and why these things transpired the way they did.  Mrs Aylward gave me the ambition to study chemistry, and school pushed me towards Cambridge University.

Once at Cambridge, I found out that I wasn’t particularly good at chemistry but luckily I discovered my love of biology, in particular the captivation of cell biology and pharmacology.  At that time, the only famous female scientist I knew of would have been Marie Curie but I didn’t think much about it, as I had no ambition to be a household name and couldn’t think of anything worse than being famous. Similarly, the lack of female lecturers at university (I can only remember three) didn’t particularly make me think that women had no place in science as I never had any desire to be a lecturer.  Whilst there, I did start to understand the struggle for recognition that women in science had faced historically. It was an uncomfortable fact that very few women made it above the level of Post-Doc in academia, which probably influenced my next career decision more than I realised at the time.  I wanted my science to be applicable in the real world so I decided to leave academia straight after my PhD with the ambition to work on developing medicines that would be potentially life changing for people.

I didn’t know what that potentially life changing science would be, but I started looking around for a job in industry or biotech and saw an interesting advert for a position at a company called Avidex.  On starting there, I got to grow as a scientist with the business, learning new things along the way including immunology.  I didn’t know anything about T-cells when I started out in the Cell Biology group but I picked it up as I went along, working on assay development and compound screening.   In many ways it was like working in an academic environment in terms of the scientific freedom that we had but at the same time without many of the downsides.  We were all working collaboratively towards a common goal of making something that would be used to treat patients, who in the early days, were living with HIV, arthritis and psoriasis as well as cancer.

After starting a family, I returned to work part time.  Five key scientists were on maternity leave at the same time, which was a big deal for a company of that size, but the leadership team was adamant that the company should make allowances for us all to return on our own terms in order to keep us.  That positive message and the feeling that I and the other women were valued for our knowledge and abilities was really important at that particular point in my life.  All five of us came back to work after maternity leave and continued to make valuable contributions to the company, repaying that trust in us.

There have been many changes since I started at work, including redundancies, acquisitions, spin outs and an IPO but that’s the rollercoaster nature of a life in biotech.  Throughout all those changes, both good and bad, gender never came into it.  It was always an environment where your position and eligibility for future opportunities that may arise were based on your personal merit and ability. That is still the case today.

Female role models became more widespread over time, both within the scientific community in general and within the company.  Helen Tayton-Martin started Adaptimmune and was the driving force behind everything that we did in those early days.  I remember the day she came into the office with a tiny baby in her arms to sign all the paperwork and kick things off.  Gwen Binder set up the US arm of the company and I find it inspiring to be part of a company where women have always been present in key senior positions.  We have a great level of female representation in the Senior Leader team, and throughout the company, without ever setting quotas or any question of tokenism.

It is also fantastic to have Crystal Mackall and Arlene Sharpe, both very successful, intelligent women who lead their own research teams at Stanford University and Harvard Medical School respectively, to support our work through our Scientific Advisory Board.  You can see the change at conferences too, where the number of women speaking about their work and labs has increased dramatically.

Gender shouldn’t be a factor and one day the need for “women’s” events will be a thing of the past.  It won’t matter whether you are female or male, the work that you do and your achievements will speak for themselves.  But for now, inspiring women to believe in their abilities and encouraging them to put themselves forward into all branches of science and technology is a good thing.  The more people who join the scientific debate, the more different viewpoints can be discussed and the more we can push the boundaries of our understanding and the limits of what is possible.

When I was asked to take part in a panel on “Women in Science” at PEGS Boston this year to discuss my career path and experience in a small biotech environment, I thought “why not?”  I believe that science should be for everyone and I’m happy to share my experiences, if people want to hear them.  If that inspires anyone to give a career in science a go or to reach for a higher level than they currently think is open to them then it will have been worth it.  That, and the free breakfast of course…

What’s it like to be a woman in science?  Fascinating, fun, frustrating at times, but it is fundamentally rewarding to be working in an area that I love, towards a goal that I believe will make a difference to patients.  I am always learning something new and there are still moments when I am blown away with wonder at the science we’re working on and the way our marvellous immune systems work.  Personally, I couldn’t ask for anything better.