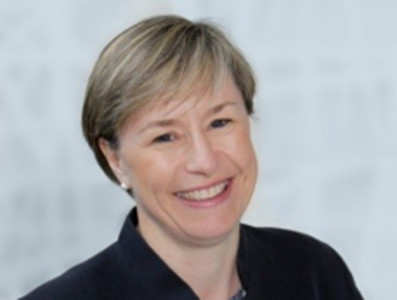 Like many other professional women today, in science or elsewhere in other business fields, I have never really had to stop and consider how I would need to do things differently simply because I am a woman, something which I think we all take for granted today. Through a scientific education and all my jobs in the industry, I have been fortunate to work in environments where working hard and having some level of ability and essentially a lot of energy and enthusiasm has meant I was able to get things done and generally succeed. I have not really had formal mentors of any sort along the way, rather taken inspiration from historical and modern-day women who have succeeded against some pretty tough odds.

When you look back to some of the early female scientific pioneers for example, there are some incredible stories out there. One of mine is that of Elisabeth Garrett Anderson, the first woman to (formally) qualify in Britain as a physician and surgeon, co-founder of the first hospital staffed by women and the first Dean of a British Medical School.

This was only achieved after long fight to be educated as a doctor (she started as a nurse) and even gain entrance to a medical school, having been turned away from the Middlesex Hospital for attending dissections! She eventually managed to study under the “Worshipful Society of Apothecaries” in 1862 having privately attained a certificate in anatomy and physiology, since the legal charter of this organisation did not allow her to be excluded just because of her sex. She carried on studying privately and eventually obtained a Licence to practice medicine from the Society in 1865, although it wasn’t until the Medicine Act in 1876 which allowed all qualified applicants to be licensed, whatever their gender. Garrett went on to study medicine formally in France after opening clinics for women and children in London. She eventually founded the “New Hospital for Women and Children” in 1872, an institution which is today the Elizabeth Garrett Anderson Wing at University College Hospital.

I am always inspired by stories like this and profoundly thankful to have been born a hundred years later where studying medicine or science is about ability and interest with opportunities available to all. However, you don’t need to go back anywhere near as far as the late 19th century to find women scientific and medical inspiration.  In my career at Adaptimmune, one character has stood out as a real inspiration in T-cell therapy and that is Dr Crystal Mackall, the former Chair of our Scientific Advisory Board and lead investigator on our first sarcoma trial at the NCI with the NY-ESO program, a trial without which we probably would not have a company at Adaptimmune today.  Few may realise, that despite over 20 years of tenure at the NCI and leading the paediatric oncology branch, Crystal has been a former contributor to the first study published on our TCR from the NCI but was then prevented for nearly two years from opening our trial under Carl June Sponsorship as it was deemed to compete with the Rosenberg study. We eventually got past that through Crystal’s energy and enthusiasm for seeing a potentially transformative therapy tested further by the company that actually owned it and could develop it further and saw the clinical results which kick-started the company.

Crystal today is the Ernest and Amelia Gallo Family Professor of Pediatrics and Internal Medicine at Stanford University, the Founding Director of the Stanford Center for Cancer Cell Therapy, Associate Director of Stanford Cancer Institute, Leader of the Cancer Immunology and Immunotherapy Program and Director of the Parker Institute for Cancer Immunotherapy at Stanford. More than that, though, and in my opinion a large contributor to her obvious ability, she is a personality who breathes energy, enthusiasm and insight into every conversation or presentation and is a thoroughly nice person.

So, as we come to the end of Women’s Science month, I reflect on how lucky we all are to work in a field with so much to offer, regardless of gender and with so many past and current positive role models around for inspiration!