T-cell receptors consist of two associated protein chains: the alpha (α) and beta (β) chains. Each of the chains has two regions: a variable region and a constant region. The constant region sits next to the T-cell membrane and the variable region of the two chains binds to the target peptides. The variable region of each TCR chain has three hyper-variable complementarity determining regions, or CDRs. Our technology modifies these CDRs in order to enhance affinity to the cancer cell's HLA peptide complex. 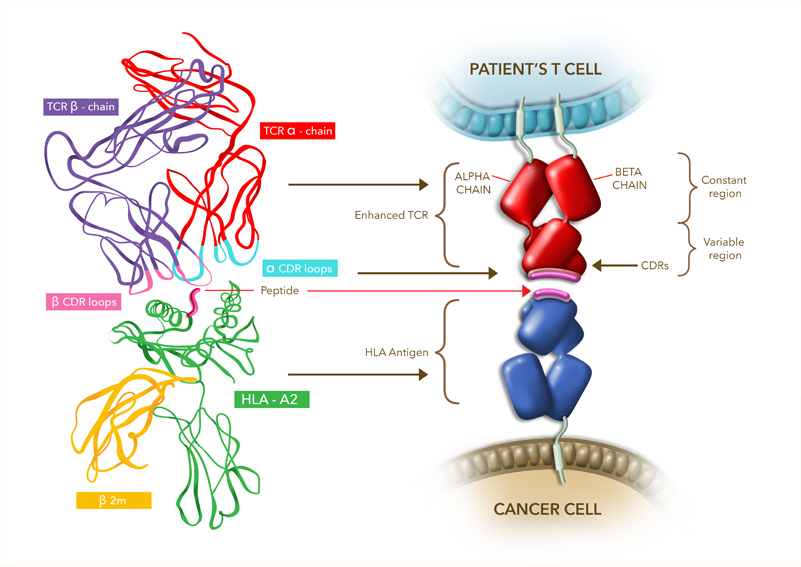 By engineering the sequences that encode the T-cell receptors within a T-cell we can generate a T-cell therapy which works with a patient's own immune system to target specific cancer peptides. Our technology platform allows us to identify and select the T-cell receptors which are likely to prove the most effective in patients whilst minimising off-target (non-cancer cell) binding.